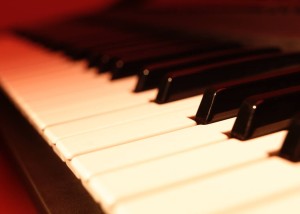 Baku will welcome world musicians this autumn, as the traditional Baku Jazz Festival will once again surprise music enthusiasts.

The end of October will see an influx of many renowned jazz artists from Azerbaijan, Germany, Ukraine, and Georgia into the capital.

The Azerbaijan State Symphonic Orchestra named after Rashid Behbudov is currently preparing to perform at the exciting musical event.

Commenting on the festival program, the orchestra’s artistic director Salman Gambarov said that music by Azerbaijani and foreign composers will be presented in a new, innovative style, but failed to disclose the secret.

Gambarov will also present a musical adaptation of the Georgian silent film “My grandmother.”

Jazz music is one of the favorite musical genres of Baku audiences.

The founder of Azerbaijani jazz, Vagif Mustafazadeh blended traditional jazz with music from the Azerbaijani soul to create his own special type of jazz music—a fusion of Western jazz music and Azerbaijan’s own mugham.

The Baku International Jazz Festival is an annual jazz event aimed at showcasing Azerbaijan’s long-running attachment to the American-born art form, a connection first established in the country during the 1950s and 1960s, during a time when jazz was outlawed by Soviet authorities.

Many famous musicians from a dozen countries, including Georgia, Portugal, Italy, Israel, USA, Germany, Canada, and Russia, have thus far participated in the festival.