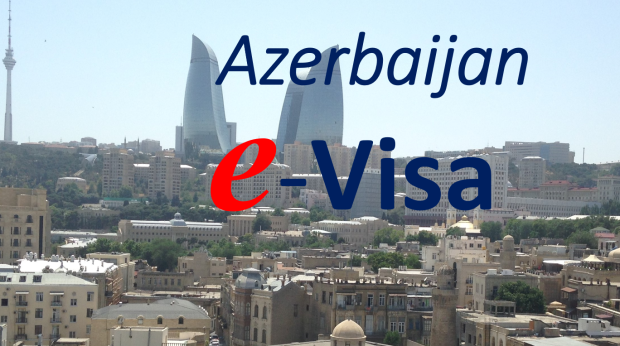 U.S and Canadian Citizens can get an E-visa to Azerbaijan Within 3 Hours.

The Azerbaijani visa application process is actually a lot more simple these days than what it used to be.
In 2016, the country applied “electronic visa”, making the process of obtaining correct entry documents cheaper and quicker. And now, it gets easier – foreigners will get e-visas just in three hours instead of three days.
President Ilham Aliyev signed a decree on June 21 on additional measures to develop and improve the “ASAN Viza” system and amend the decree dated October 20, 2016 on approval of the “Regulations on the “ASAN Viza” system.
In accordance with the new decree, ASAN service, Azerbaijan’s leading e-Government institution, should ensure consideration of applications of foreigners and stateless persons to obtain a visa in an expedited manner for those, who want to visit Azerbaijan, within three hours.
Today, citizens of 93 countries take advantage of ASAN Visa system. Electronic visa is a document for one entry, which determines the period of stay in the country up to 30 days.
Azerbaijan, situated on the Great Silk Road, and divided partially between Eastern Europe and Western Asia, blended the best from both cultures, forming its own unique rich culture, that’s why its people are neither totally Eastern, nor totally Western.
Mountains, forests, farmlands, coastal areas, rich natural resources and nine out of a possible eleven distinct climate zones from subtropical to alpine climates provide Azerbaijan with a broad range of natural environments that can be used to develop a range of tourism activities and to attract a diverse group of tourists.
But beyond its nature, which is key reason for the tourism, the people of Azerbaijan are wonderfully welcoming and hospitable.
This initiative will definitely increase the tourists flow to the country this year. Nahid Bagirov, Azerbaijan Tourism Association (AzTa) Chairman stated that the influx of tourists to Azerbaijan this summer will increase by 15-20 percent compared to the same period of last year.
The main flow of tourists to the country is expected from Arab countries, he said.
“Starting from today, a large number of tourists from Arab countries are expected to arrive in the country to watch the competitions of the Formula 1 Grand Prix of Azerbaijan. In general, it is expected that the number of tourists from the Arab countries will exceed the number of visitors from other destinations. But it should be noted that year by year Azerbaijan is becoming an increasingly attractive destination for tourists from Europe, Asia and America and their number is also growing. Hotels in Azerbaijan are almost completely booked till the end of September. In particular, the hotels in Gabala, Guba and Gusar are filled. I think that, compared to last year, this year the number of tourists coming to Azerbaijan will grow by at least 15-20 percent,” Bagirov said.
Touching upon the main directions of Azerbaijani tourists this season, Bagirov noted that the most preferable countries will be Turkey and Georgia.
“For Azerbaijani tourists who will travel by plane, the main direction will be Turkey, in particular Istanbul, Bodrum, Izmir and Antalya. Then comes European countries. As for those traveling by land, the main stream of tourists, in my opinion, will go this summer to Georgia. This is due primarily to the fact that hotels and recreation centers in Azerbaijan have already been filled up to September. And Georgia is the closest country where it is possible to get by land transport,” Bagirov said.
In the five months of this year, up to 960,000 tourists arrived in Azerbaijan, while in the same period last year this figure was 768,000 people.