On Monday, May 15, pianist and composer Shahin Novrasli will perform at Blues Alley Super Club in Washington, DC.   Novrasli has performed in some of the most prestigious stages in the world, such as London’s Royal Festival Hall, the Montreux Jazz Festival, the Black Sea Jazz Festival, and Prague’s Mezinarodni Piano Festival.  Shahin now returns to the US with his premier performances in DC, at the historic Blues Alley, for an 8:00 and 10:00 show.

According to Ahmad Jamal and his wife, who is Head of Ellora Management,

” We were very impressed by the incredible talents of Shahin Novrasli and his unique blend of jazz and traditional melodies of Azerbaijan… I thought this impressive talent needed greater exposure and wanted to help develop his rare talents and present him to a much wider audience throughout the international jazz community”.

Already a classical and jazz phenomenon in his home country of Azerbaijan, who at the age of eleven performed with the local Symphony Orchestra at the Azerbaijan State Philharmonic Hall, and at eighteen, Shahin played Rachmaninoff’s infamous and arduous “Piano Concerto N°2″before an ecstatic audience.

Elegantly blending his classical knowledge, Azerbaijan’s traditional folk “Mugham” and his jazz influences, Shahin created his own unique and accomplished musical universe, among which he combines eastern and western cultures. A gentle wave of exotic melodies, powerful and sharp harmonies, capricious eastern rhythms struck by an American Jazz lightning, majestic and vigorous.

During his performance at Blues Alley, Shahin Novrasli along with James Cammack, former bassist for Ahmad Jamal, will perform jazz standards and Shahin’s  compositions from his 2017 release “ Emanation “on Jazz Village a label of PIAS.

Blues Alley is located at 1073 Wisconsin Avenue, NW in Georgetown. 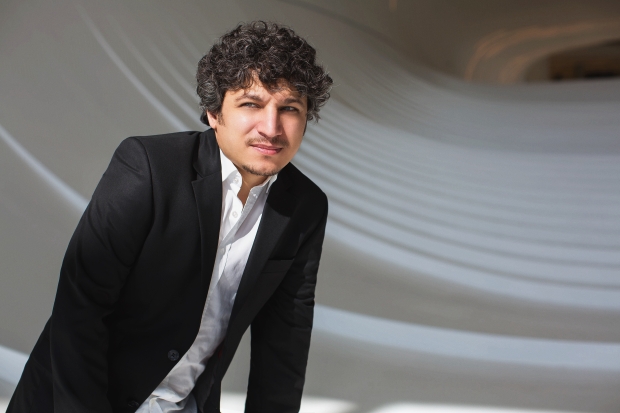