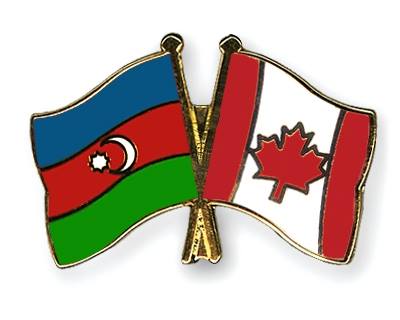 President of the Republic of Azerbaijan Ilham Aliyev has received the credentials of newly appointed Ambassador Extraordinary and Plenipotentiary of Canada Christopher John Cooter.

President Ilham Aliyev then had a conversation with the ambassador.

Ambassador Christopher John Cooter said he is deeply impressed by the development of Baku. He noted that a number of Canadian major companies are operating in Azerbaijan in various areas including high technologies, transportation and tourism. Saying Azerbaijani students receive education at Canadian universities, Christopher John Cooter stressed the importance of improving educational cooperation between the two countries.

The Canadian ambassador said he will spare no efforts to strengthen relations between the two countries.

Touching upon Canadian companies’ long-term activities in Azerbaijan, President Ilham Aliyev hailed the importance of implementing joint projects. President Ilham Aliyev said the two hotels in Baku – Four Seasons and Fairmont – that belong to Canadian companies are the best hotels in the region. The head of state said Flame Towers complex where Fairmont hotel is located has become one of the newest symbols of modern Baku.

President Ilham Aliyev said he is hopeful that cooperation with Canadian companies will continue.